Royal Ascot's first day, and bookmaker Ned Talbot watches helplessly as a string of favourites come in. With the punters totting up their winnings, he counts his losses. Then an old man steps forward with a very different claim. The father Ned never knew - long ago believed killed in a car crash - is standing before him.

Barely an hour later, Ned's newly-found father is dying in Ascot's car park. Stabbed by an unknown assailant, he warns Ned 'be very careful'. But of whom? Of what?

Ned races to discover the truth behind his father's disappearance and sudden reappearance. It's not just money on the line now. It's lives. 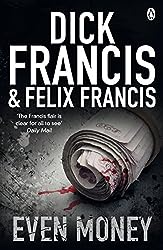