Jeff Hinkley, undercover investigator for the British Horseracing Authority, is looking into the shady activities of a racehorse trainer. But as he's tailing his quarry through the Cheltenham Racing Festival, the last thing he expects to witness is a gruesome murder. Could it have something to do with the reason the trainer was banned in the first place - the administration of illegal drugs to his horses?
Days later, it's discovered that many more horses test positive for prohibited stimulants, a scandal that could throw horse-racing into disrepute. It's no surprise when the BHA receives a demand - pay up or face the consequences. In order to limit the damage to the sport, it's critical that Jeff find the perpetrator . . . but he'll soon learn he's up against someone who will stop at nothing to prevail . . . 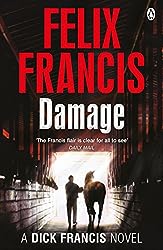